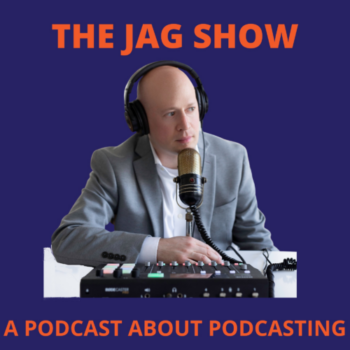 Turns out, Apple Podcasts may finally be getting it's act together.

I have not been shy in recent weeks about sharing my dismay at Apple Podcasts' new updates.  Starting in May, shows weren't updating, new shows were taking forever to be approved, and people who make money off of their podcasts were getting hit hard.  Well, there's good news.  James Cridland of PodNews says Apple seems to have fixed their bugs by the end of July, and numbers are coming back up.

Here's what I've seen.  The most recent podcast I created, Crazy Radio Stories, was approved the day I submitted it, and new episodes seem to be appearing in Apple Podcasts very quickly.  And for podcast listeners, the most prominent button is "Latest Episode."

Then, this week, I started getting notifications about dead podcasts being removed from Apple.  Turns out for clients that stopped podcasting, and even cancelled their podcast hosting service, the shows were still sitting there in Apple Podcasts.  Seems a purge is happening.  Now important to note - Apple is not deleting your podcasts if you haven't created content in awhile - they are deleting shows that no longer have an active RSS feed.

The other big name in podcasting - Spotify - put out a press release last week explaining how more of its shows are now on Spotify only.  The release reads, in part, "It is also our priority to keep our world-class content both accessible and free to all users across the globe."  If you ask me, that sentence rings pretty hollow if you want the content to be on your platform and nobody else's. Read the release here: https://newsroom.spotify.com/2021-08-19/making-spotifys-exclusive-content-inclusive-to-creators-and-listeners/

Speaking of Spotify, they're launching a new weekly exclusive podcast called "Sunday Scaries" - focused on dealing with the sense of impending doom that hits you on Sunday as the work week approaches.  It's actually produced by Headspace.  Mental Health companies have become a big player in podcast advertising - nice to see them getting into the content side as well. The show launches this Sunday. The trailer is out now. https://open.spotify.com/show/0C3OMp75h8fS9yxB5lueoZ

Bill Simmons' The Ringer, also owned by Spotify, has announced an expanded partnership with the WWE on a series of podcasts: https://www.wwe.com/article/wwe-podcasts-the-ringer-spotify-bill-simmons

NPR has launched paid subscriptions to some of their biggest shows - including Fresh Air, Code Switch, and How I Built This. $2.99 per month for each show will help support the show and get you sponsor-free content.  I go back to my original point about paid podcasts - you'd better have a well-established, exceptional, unique product if you're going to expect people to pay for it.  If anyone can do it, it's NPR, who was into podcasting before almost anyone.  More: https://www.npr.org/sections/npr-extra/2021/08/17/1028079276/npr-podcast-subscription-platform-is-launching

There are tons of ways to promote your podcast across social media and the web, and depending on your team and bandwidth, you really can do a lot.  Arielle Nissenblatt of Squadcast had a great Twitter thread that went viral last week, talking about all the things they do to promote their show, Between Two Mics: https://twitter.com/arithisandthat/status/1429549172156518406

And Riverside's remote video recording platform has launched the 2.0 version of their platform, which features a "Magic Editor,"  AI to switch between speakers depending on who's talking, and automatic transcription.  Here's a link to their press release in PodNews: https://podnews.net/press-release/riverside-2dot0