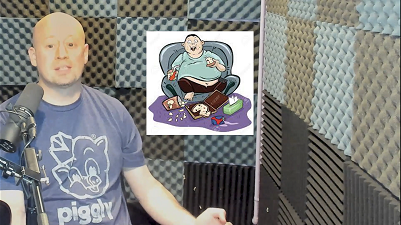 Apple Podcasts. Welcome in, I'm Jon Gay. I try not to cover the same topic in consecutive weeks, but I had to start with an update on the biggest story in podcasting right now - the disastrous rollout of the changes to Apple Podcasts.  And just to check....yup.... you can STILL hear Steve Jobs rolling over in his grave.

Personally, I've had no issues with the Apple Podcasts Connect dashboard - under either of the two accounts I use it with.  But I think I'm one of the lucky ones. Every podcast newsletter I get is littered with horror stories of folks who can't get in, can't add new shows, or can't get new episodes to show up.  Also, according to PodNews, Apple Podcasts is no longer taking your info straight from your RSS feed.  Instead, they are crawling your show, the way Google does with a website.  But other podcast apps check every few minutes. It appears Apple only crawls every two hours or so, which has resulted in a delay of new episodes showing up, even for subscribers.  Just to be safe, I recorded this on Wednesday and set it for a Thursday midnight release, so hopefully you have it by the time you wake up on Thursday.

Here's the explainer from PodNews: https://podnews.net/article/apple-podcasts-new-episode

As I mentioned last week, Apple was first in to the podcasting space, and they got fat and lazy as a result.  As the space blew up over the past year they though, "We'd better make some changes."  Looks like the bugs weren't worked out before the big launch, and now, sadly, it's messing with people's livelihoods.  Do better, Apple.  Do better.

With all the news last week about paid subscription models from Apple and Spotify, no news from Google.  They seem to be taking the opposite approach.  They are moving at a glacial pace, but seem to try to get it right before releasing anything new.

A new "um removal" service is online. Cleanvoice claims to use AI to remove "ums" and "uhs" from your audio.  The website is Cleanvoice dot AI, if you wanna give it a try.  It's been my experience that AI isn't as smooth an editor as a real human being, but I'd be curious how it works if you try it.  Again, CleanVoice (all one word) dot AI.

As far as the real human editors, some news around popular free audio editing software Audacity this week.  A company called Muse Group claims to have bought Audacity.  Now the program is free and open source. So it's not clear what the Muse Group actually owns besides the trademark, according to PodNews.  But it could mean better support for the app?  Stay tuned.  Again, that's the AUDACITY app, not to be confused with AUDACY, the new name of the second biggest radio station owner in the US. They thought Audacy would be a better app name and website than...oh i dunno....RADIO DOT COM.

While corporate radio continues to corporate radio...Podcasting is  continuing to grow in all areas:  Nielsen, the company that does ratings for TV, radio, and lots of web stuff, has launched a Podcast Ad Effectiveness tool to measure the success of ads: https://www.nielsen.com/us/en/press-releases/2021/nielsen-launches-podcast-ad-effectiveness-to-measure-digitally-inserted-podcast-ads-in-real-time/

And on the content side:  A podcast is coming from Chelsea Handler (an advice column). Pop duo The Chainsmokers are launching a singing competition via podcast on Audible in the near future.  And the Tribeca Film Festival in New York will include podcasts this year.

Finally, I'm planning on attending Podcast Movement in person this August in Nashville.  If you're on the fence about going, they've got a cool program where you can buy the Virtual Ticket, then upgrade and pay the difference if you decide you'd go in person this summer.  https://podcastmovement.com/featured/pm21-virtual-attendance-southeast-meetup-tour-and-more/